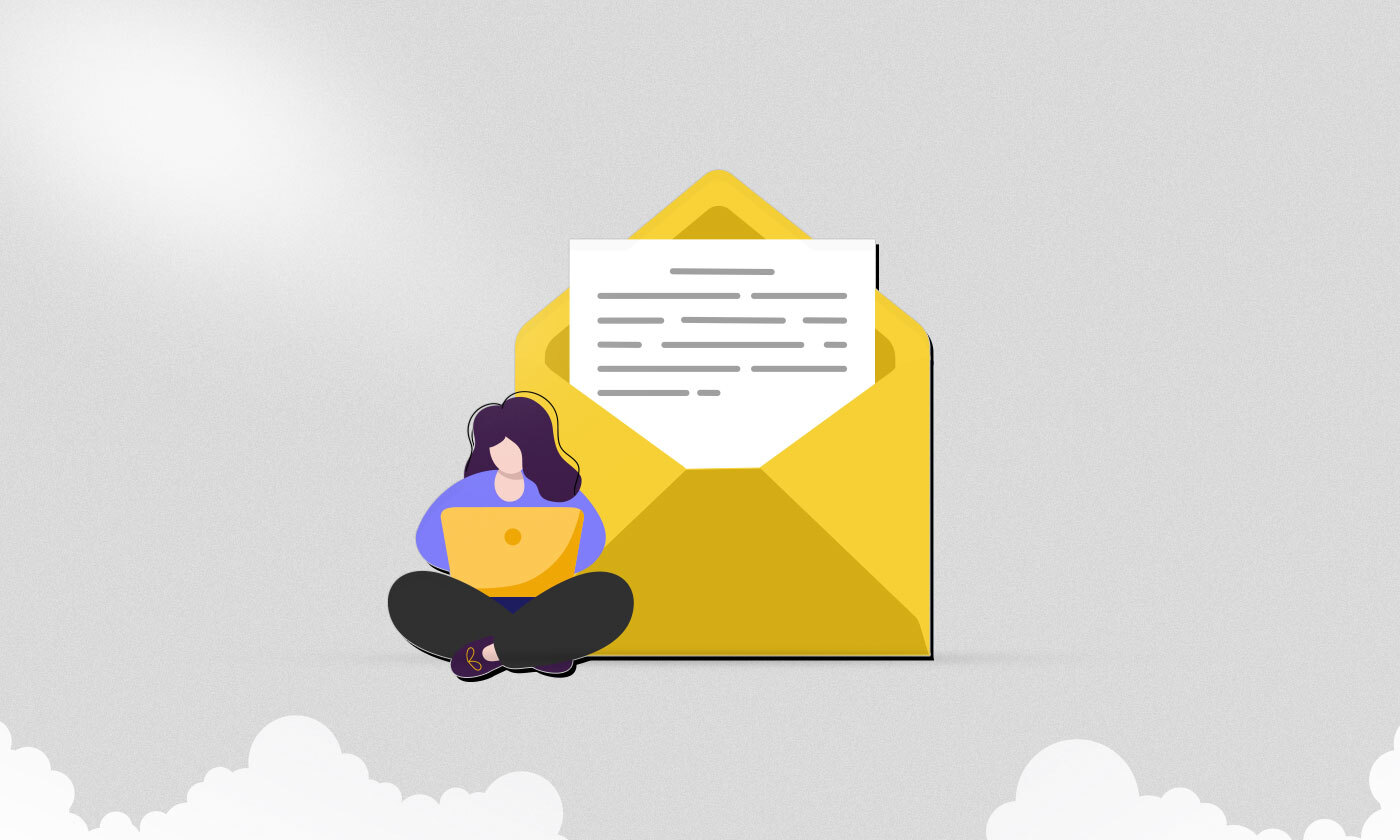 How and Why Should You Boost Email Response Rates - A Guide 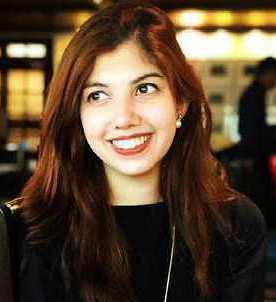 A few years ago, I went to watch a movie in a theater. And even though it was an above-average movie, the theater was quite empty. And I started wondering that the only way to measure the success of this movie would be through its audience's response, not the storyline or anything.

One thought led to another, and I started to think about how important response rate is as a metric to measure success. Ever since then, I make sure to calculate my email’s response rate after every campaign.

And if you were planning on doing that too, first pat yourself on the back because that’s a wise decision. Second, we're happy to inform you about the hows and whys of tracking email response rates.

So let’s dig in! To start with, let’s talk about what exactly is an email response rate.

What Is Email Response Rate?

Email response rate is the percentage of response an email receives. These responses can be in the form of product reviews, purchases, feedback, basic replies etc.

How do you calculate the email response rate?

Notice how the equation has the word delivered and not sent because you should only consider the emails that reached your subscriber's inbox while measuring email response rate.

How is a response rate different from a completion rate?

For instance, if you send a questionnaire to your subscriber, and they submit it without answering all the questions, it can be considered among response rates. On the flip side, if they complete the review form and submit the answers, it will be regarded as among the completion rates.

On the other hand, if your subscriber responds by answering 4 or less of these questions, his feedback will be included in the response rate.

Why Should You Track Email Response Rate?

If you’re like me and like doing a thorough cost-benefit analysis before doing any task, then you must consider the pros of measuring email response rates. So, let’s review them together.

Plus, email response rates help you find out which of your email marketing strategies works best. For instance, if your segmented email campaigns performed better than those that weren't segmented, you’ll understand that you need to segment your emails in the future.

Understanding which email marketing strategy works better and what kind of emails your subscribers want to receive will automatically give you a good email response rate.

Now, these reasons should be enough to convince you to start adding email response rates to your KPIs to measure your campaign’s success. And we’re pretty sure that you are convinced. So, let’s discuss some actionable steps to improve your email response rates.

It’s time for some action or actionable tips, maybe?

So let’s dig in and discuss the 11 simple tips to boost your email response rate.

Always remember that a small and relevant email list is better than a large and disconnected list.

Make sure you remove all insignificant and irrelevant email IDs from your list, as they waste your time and money and will ruin the calculation of your email response rate.

Cleaning your email list will improve your email’s deliverability, and as a result, your email response rate will also increase.

You can send different types of triggered emails to your subscribers according to their behaviors and actions, such as welcome emails on signing up, re-engagement emails on long periods of disengagement, etc.

By doing so, you will grab their attention and encourage them to respond to you.

In the world of email marketing, the relevance of content is the key to success. So, make sure that you segment your subscriber list and send them relevant emails only.

For instance, if you’re sending emails that offer a special discount on women’s collections, then you must segment your email list based on gender and send these emails to women only.

Segmentation boosts interaction like insane. All that we aim for, no?

Your emails’ subject lines play a major role in boosting your emails' engagement and response rates.

So, try to write funny, catchy, and personalized email subject lines. Also, make sure they are not lengthy and basic. It’s even better if you add emojis or digits in subject lines because they increase the chances of catching your subscribers' attention.

Write your subject lines while keeping in mind that your email is fighting for your subscriber’s attention in a crowded inbox.

When it comes to email copies, remember there’s a golden rule, i.e., write like you’re talking to a friend.

This means try to keep your email copy conversational, fun and comprehensive. Also, avoid using jargon words in your emails because all of your subscribers won’t understand it and might end up ignoring your emails.

Lastly, avoid writing lengthy email copies because the attention span of humans has dropped to eight seconds now! So, the quicker you convey your message, the better.

The Call To Action (CTA) in emails is as important as a clasp is to a necklace.

This means, your emails will not convert or fulfill its purpose if the CTA button isn’t present or attention grabbing. The best way to add CTA buttons is to make them descriptive.

If you’re not creating mobile-friendly email designs, you’re not winning. There, we said it.

A lion's share of your email recipients views their emails on mobile devices. So, if your emails aren’t responsive, then there’s a high chance that most of your subscribers will not read them.

If you want to design professional-looking and mobile-responsive emails, then you must try out Unlayer - the finest email builder in town. Here’s how Unlayer can help you create attention-grabbing emails within minutes.

8. Pick the right time and frequency

Imagine someone starts talking to you right after you wake up. You wouldn’t want to respond to them, would you?

Similarly, you should send your emails to your respondents when they’re in the mood to respond to them the most. So, figure out the best time to send emails and then send them out.

After all, you wouldn’t want your time, effort and cost of designing emails to go in vain, would you?

And you should also ensure that your emails aren’t sent from a “no-reply” address, as this will reduce your email campaign’s response rate.

There are so many flaws and details that you can avoid if you run an A/B test before all of your email campaigns. And if your emails are flawless and error-free, it will further increase your subscribers' response rates.

And when we say test, we’re not only referring to testing what works, but we’re asking you to test what works the best.

For example, you can test different subject lines or colors to see what kind of emails perform better.

Sending follow-up emails is like telling your subscribers that you really care about their response.

And you’ll be surprised to know that email campaigns with a single follow-up email convert 22 times more.

When sending a follow-up email, ensure that you’re clearly highlighting your email's purpose. Also, try to add a little emotional touch to entice a response out of your subscriber.

Now these are the ways that can help you boost your email’s response rate. But it’ll be a wise practice if you reduce the factors that sabotage the response rates of your emails, in the first place.

How about we discuss them as well?

Erasmus - the great Dutch philosopher once said, “Prevention is better than cure.” And this is applicable in all spheres of life.

So, let's talk about the four things you can avoid to have better email response rates.

This one’s quite understandable, isn’t it? A purchased email list means you have a list of subscribers that have not given their consent to hear from you.

Sending them emails will damage your reputation and response rate both. So, avoid purchasing email lists.

If you send irrelevant emails to your subscribers, you automatically reduce their chances of interacting with you.

So, ensure you segment your email list and only send them emails they are interested in. Also, try to personalize your emails through content instead of just adding their first names only.

Even though subscriber’s love to receive promotional emails, sending them in excess is not a great idea.

Now you’re pretty much aware and geared up for what to do and what not to do to boost your email’s response rate. On a broad level, you’ll receive three types of responses, i.e., positive, negative, and no response at all.

Let’s talk about how you can deal with either of them.

How to Deal With Different Types of Email Responses?

Interacting with your subscribers isn't as easy as it sounds. So, let’s discuss how you can deal with the following types of email responses.

Whenever you receive a positive response (and God, we wish you always do), such as a conversion or valuable feedback, here is what you need to do.

Firstly, don’t postpone your responses. And when you answer, make sure you’re writing in a way that feels personal and conversational.

Craft your email in such a way that it pushes them further down the sales funnel.

Write a convincing and polite follow-up email to them whenever you receive negative replies. And if they have some feedback, embrace it wholeheartedly because there are high chances that their feedback can help you improve your strategy.

If your subscribers don’t reply to you, you can send them re-engagement emails.

These emails are sent to re-engage your inactive subscribers. And can also help you clean your email list by removing subscribers who haven't engaged with your emails in a long time.

Responsive, Attractive and Engaging.
Get Them Now 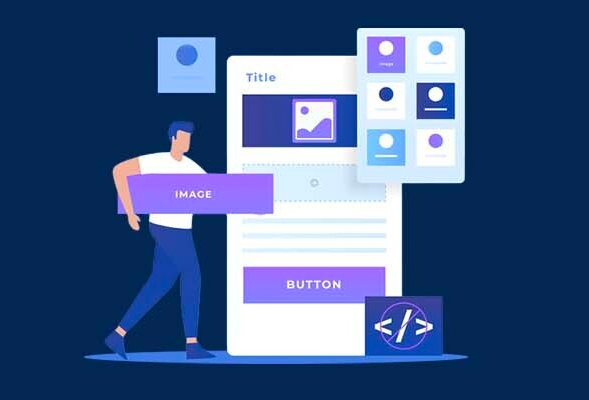 This is everything you need to know about boosting your email’s response rate. Just implement these tips and suggestions in your email campaigns and witness a new level of conversions.

Feel free to add your suggestions or questions in the comment section below.

More from the Blog 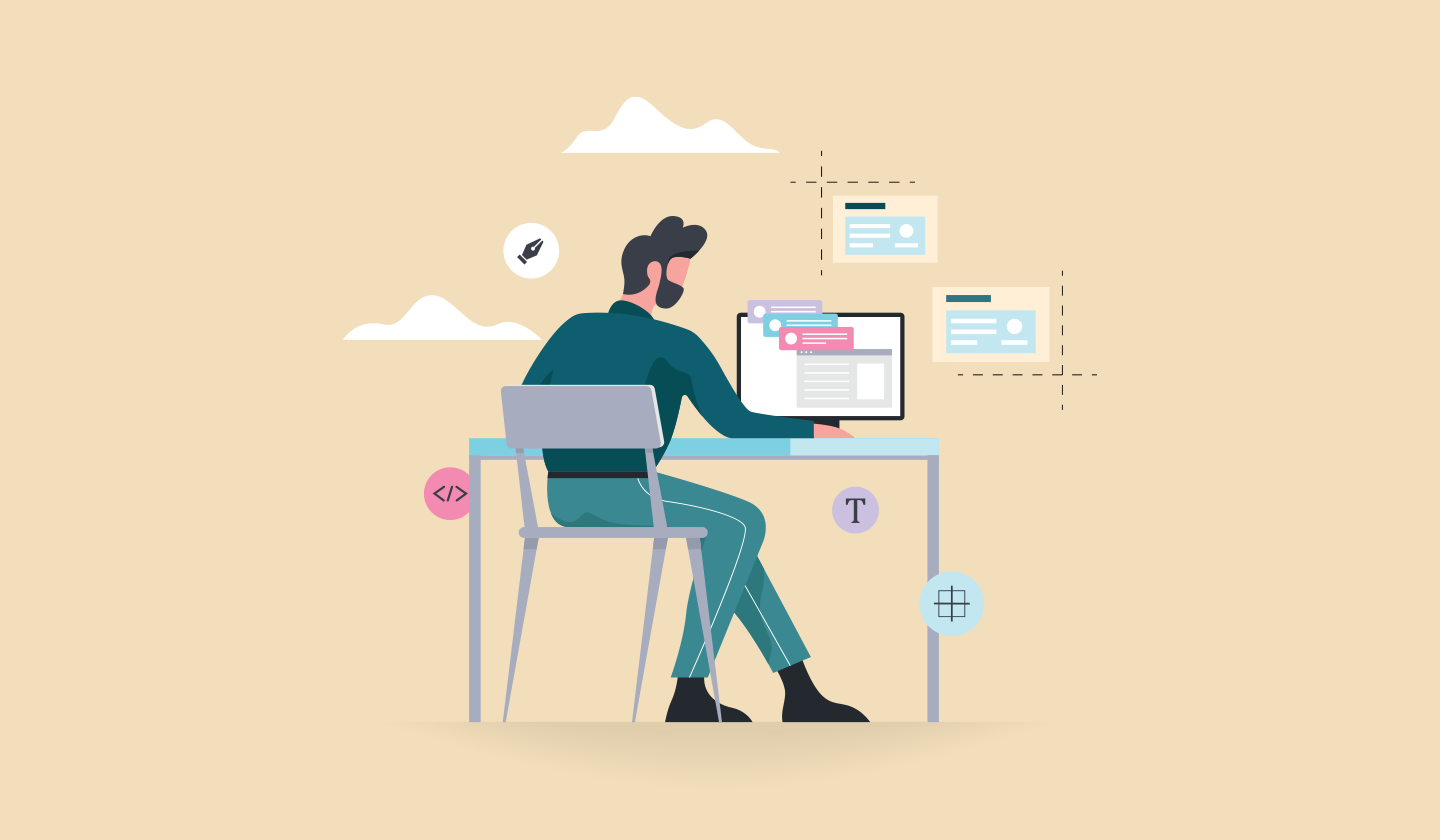 What is Email UX? 15 Best Practices to Nail It 😎

Want to improve your email UX but wondering how to do that? No worries, just follow these tips, and you’ll become a pro. 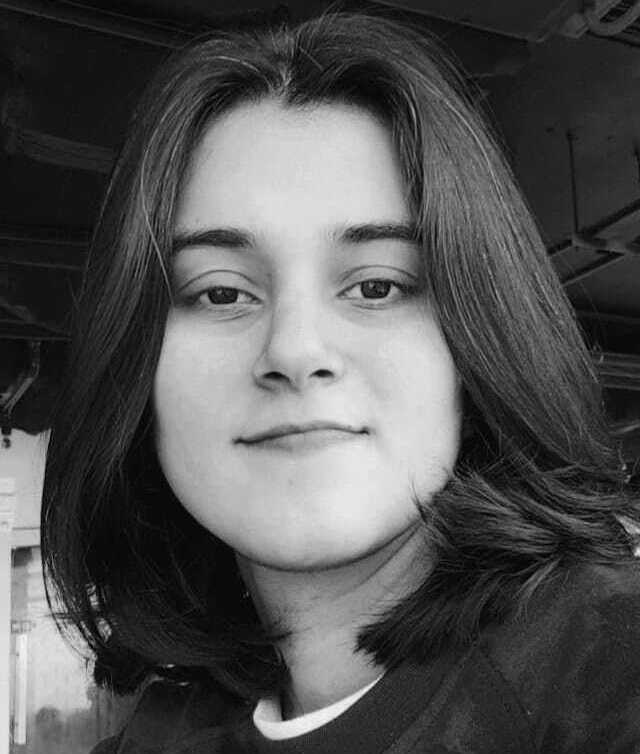 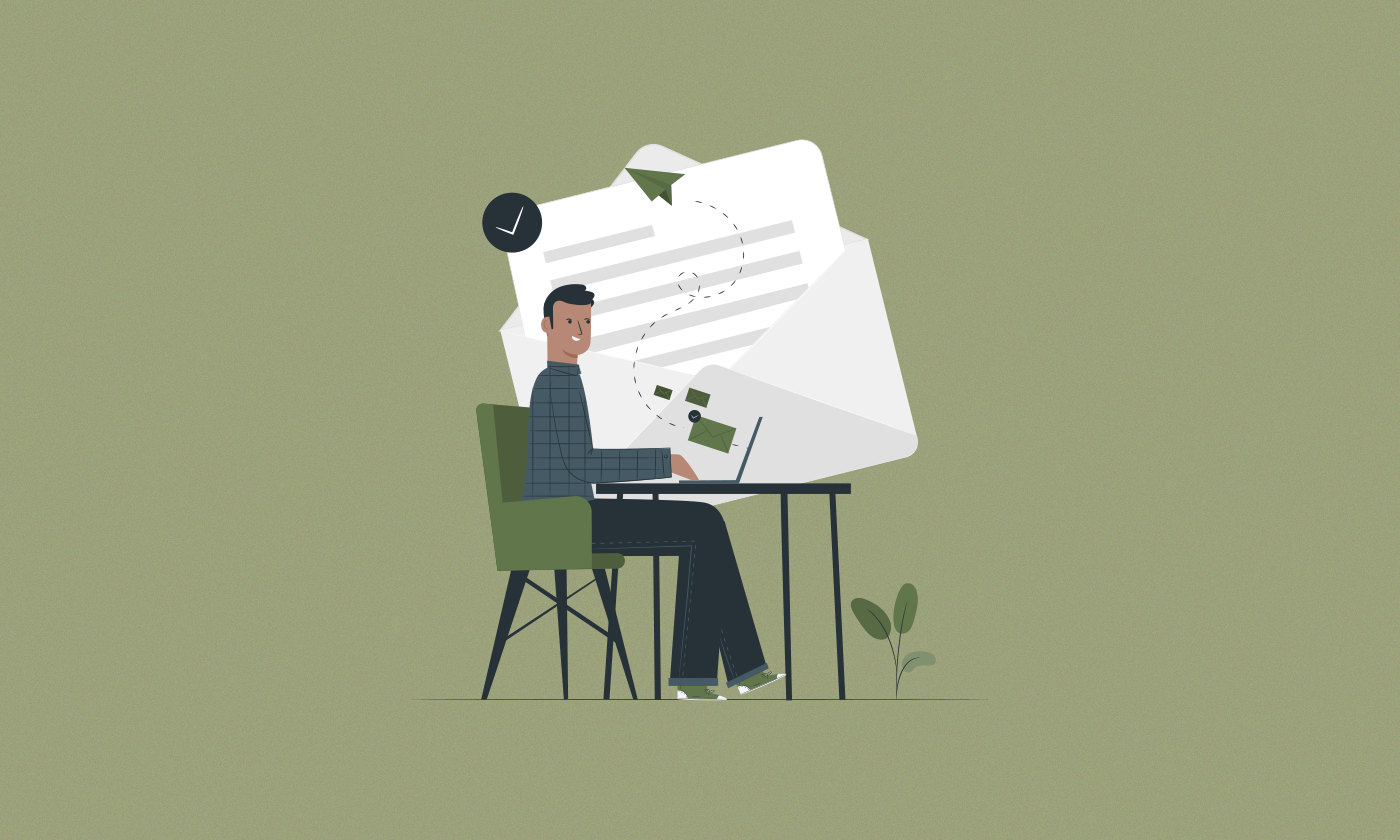 Stay up to date with recent email marketing news, guides, articles and how-to’s on email design.
We will never share your email address with third parties.